Formerly owned by Woodley Meadows, she now lives with her handler, Dana Bryson-Benn in Kentucky. 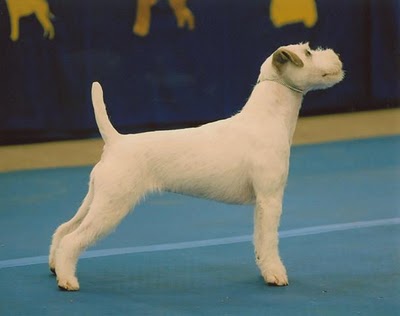 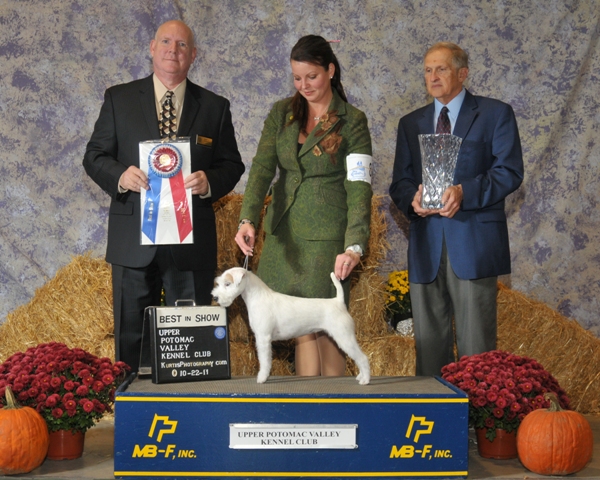 Heidi’s second Best In Show! She won it at the Upper Potomac Valley Kennel Club on October 22, 2011 under Mr. Mark R. Kennedy 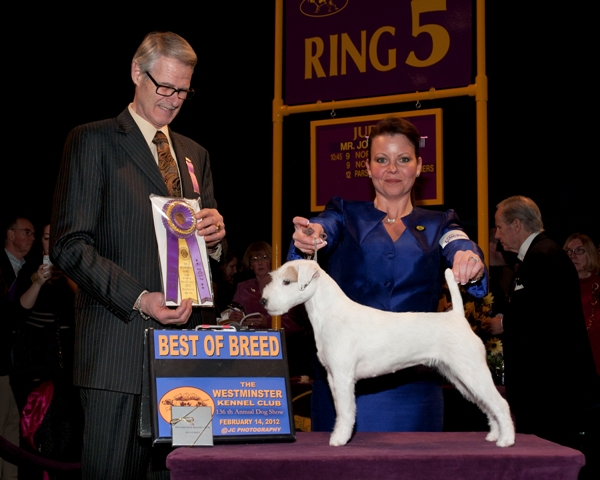 Winning Best of Breed at Westminster 2012 under Mr. Jon Cole 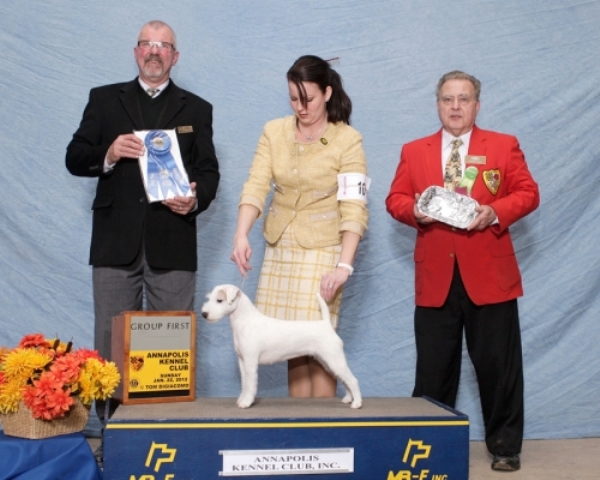 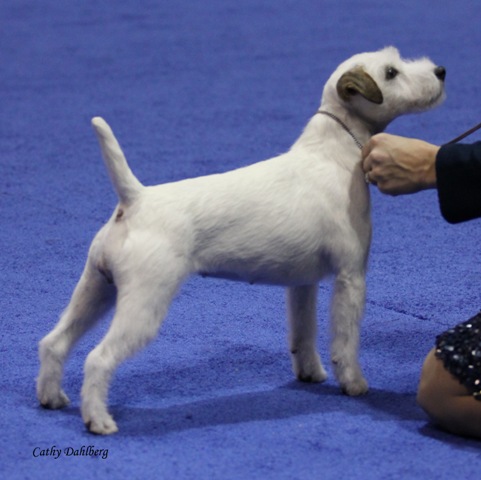 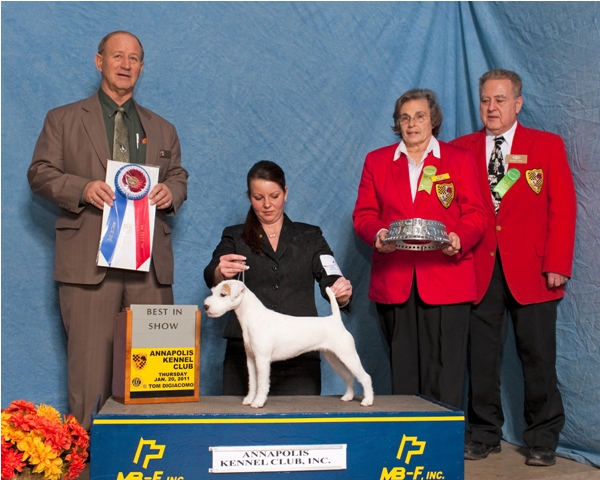 Best In Show Winner at the Annapolis Kennel Club show on Thursday, February 20, 2011.

Heidi becomes only the second Parsons to win an all breed Best In Show in the last six years, her father being the other. 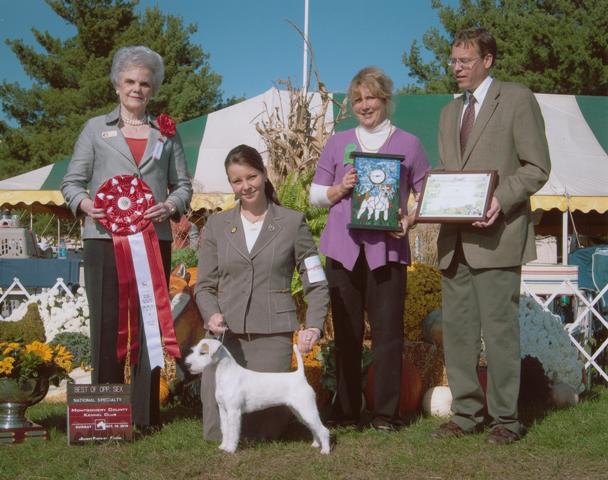 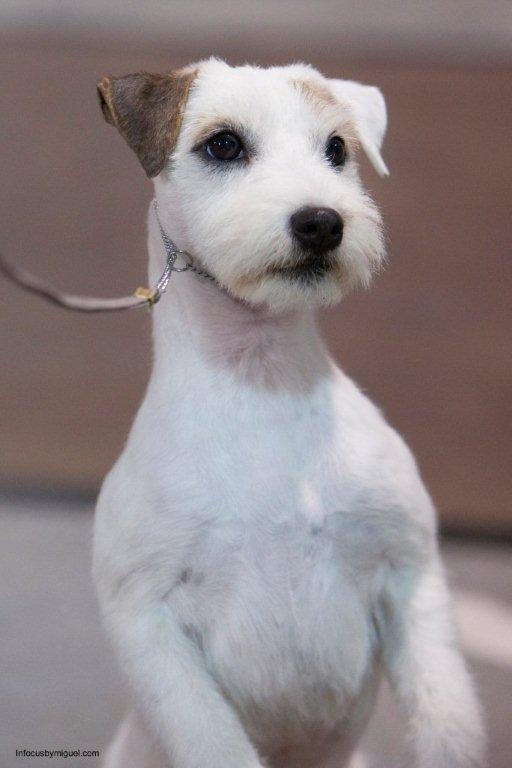 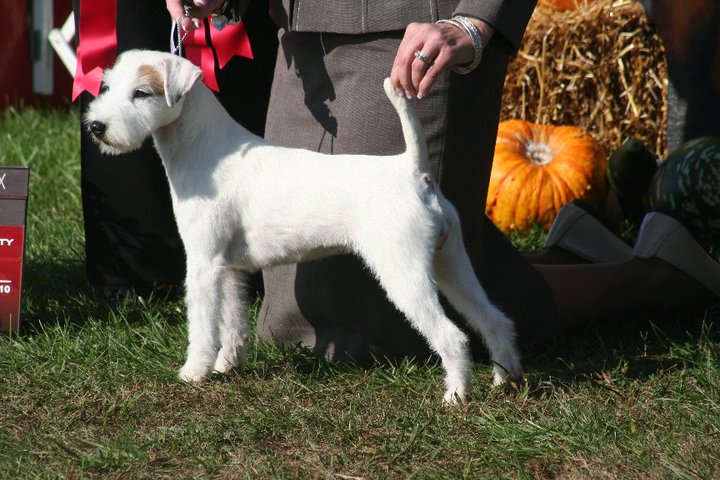 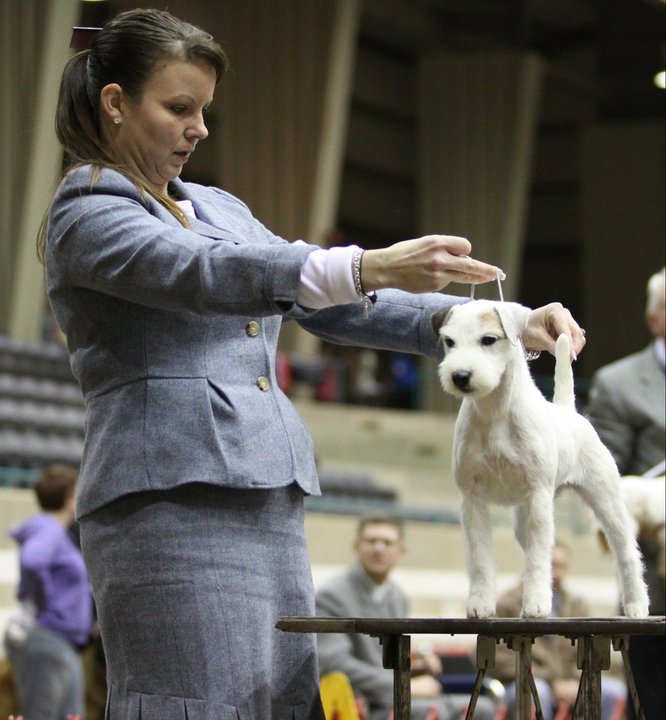